Sircilla is a town and the district headquarters of Rajanna Sircilla district in the Indian state of Telangana. It is located on the banks of Maner River in the Sircilla mandal of Sircilla revenue division. It is popularly known as Textile town due to the presence of large number of power looms, textile processing and dyeing units.

Sircilla is the biggest textile hub in the state of Telangana with over 40,000 power looms. It is also home to several spinning mills, textile processing and dyeing industries. Sircilla, along with Warangal is proposed to be developed as a mega textile zone by the Telangana government . Sircilla is located at 18.38°N 78.83°E. It has an average elevation of 322 metres (1056 feet).It is 10 km away from historic Vemulawada temple town.

Sircilla Municipality was constituted in 1987 and is now classified as a first grade municipality with 39 election wards. The jurisdiction of the civic body is spread over an area of 55.47 Sq.Km 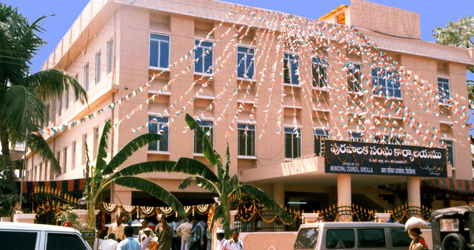